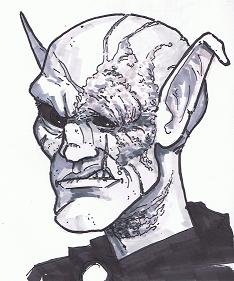 The 'Facts' About Hacker Brass Edit

Really? Do I need to spell it out? He's the most interesting gnome in the world! Men want to be him. Women want to be with him. Countless people want to kill him or sacrifice him or distill him to get the juice of the Golden Apples or marry him or sue him or make him their king. He's ***** HACKER BRASS, ladies!

Approval from TwoHeadsBarking:
Approved. Also, you should raise a stink the next time it takes this long to get a character approved, by which I mean politely remind people that you've been patiently waiting.

Nothing too serious there; approved.

Hacker is fully approved for level 4 with approvals from renau1g and ScorpiusRisk.

Retrieved from "https://l4w.fandom.com/wiki/PC:Hacker_Brass_(KenHood)?oldid=6427"
Community content is available under CC-BY-SA unless otherwise noted.